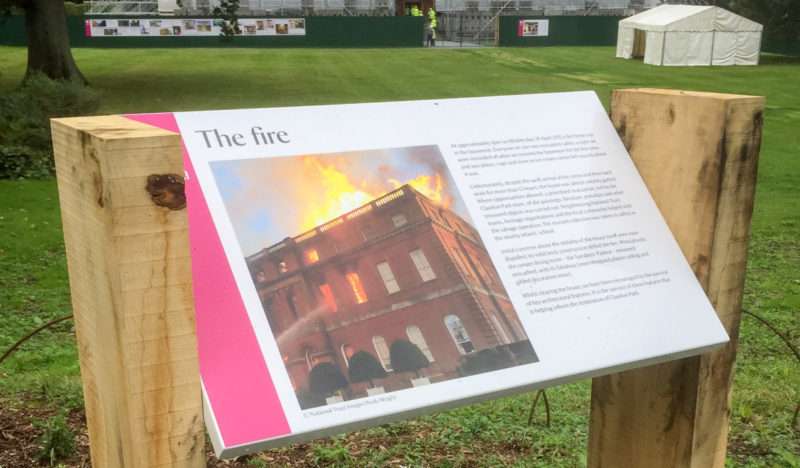 At approximately 4pm on Wednesday 29 April 2015, a fire engulfed the National Trust’s Clandon Park, reducing it to little more than a shell and forcing it to close for over a year.

However, following the conclusion of a major salvage operation that’s been in progress since that day, Clandon Park re-opened to the public on September 10th to the delight of the National Trust team and visitors alike.

Most of the house is still off limits but up until October 30th, visitors are able to book on to an open day and get a unique view of the wonderful Speaker’s Parlour that survived the fire and take a walk around the gardens.

To help inform visitors of Clandon Park’s history and the impact of the fire, new panels and signage needed to be created and we were asked to produce them.

We designed a number of panels that are placed throughout the gardens as well as a timeline display that runs along the fence surrounding the house, detailing the team’s journey so far and outlining what the future holds for Clandon Park.

It’s an exciting project to be involved in as the restoration represents one of the most significant and ambitious projects the National Trust has ever undertaken. 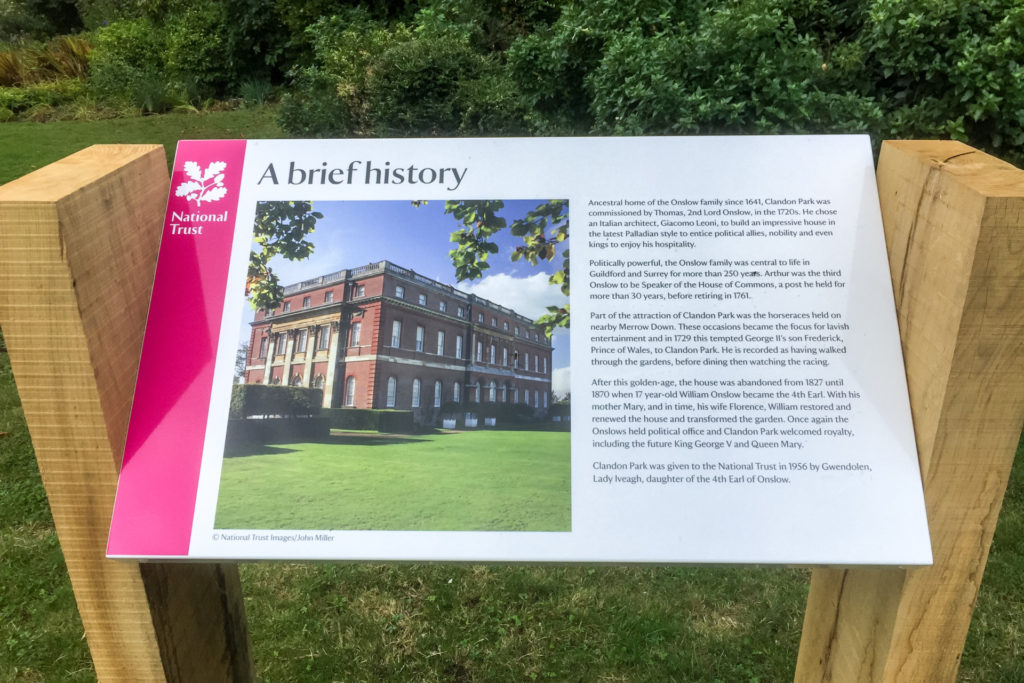 Clandon Park is a National Trust property nestled in the heart of Surrey, commissioned by Thomas, 2nd Lord Onslow in the 1720s, designed by Italian architect Giacomo Leoni and home to the Onslow family for more than 250 years.

It attracted horse racing fans from Merrow Down, was a focus for lavish entertainment and welcomed royalty across the centuries before being given to the National Trust in 1956 by Gwendolen, Lady Iveagh, daughter of the 4th Earl of Onslow.

When the fire broke out, everyone on-site was evacuated safely but the house suffered severe damage and despite the swift arrival of fire crews and their hard work for more than 12 hours, the house was almost entirely gutted.

The Clandon Park team, neighbouring National Trust teams, heritage organisations and the local community all helped in saving what they could and while there were initial concerns about the stability of the house itself, they were soon dispelled as its solid brick construction defied the fire.

The team were greatly encouraged by the survival of the house’s structure, key architectural features and the rescue of important collection items. So much so that in June 2015, it was announced by the National Trust’s director-general that Clandon Park would be rebuilt!

The National Trust team, supported by expert contractors, are carrying out surveys, undertaking conservation research and planning. The resulting discoveries are helping to shape the future of Clandon Park, and reveal much about the property that they never knew before.

The exterior of the building will remain shrouded in scaffolding for several years, but we would certainly recommend a visit to the site before it closes again on October 30th, to get a unique opportunity to view the interior of the house.

You can learn about any new developments at www.nationaltrust.org.uk/clandon-park. 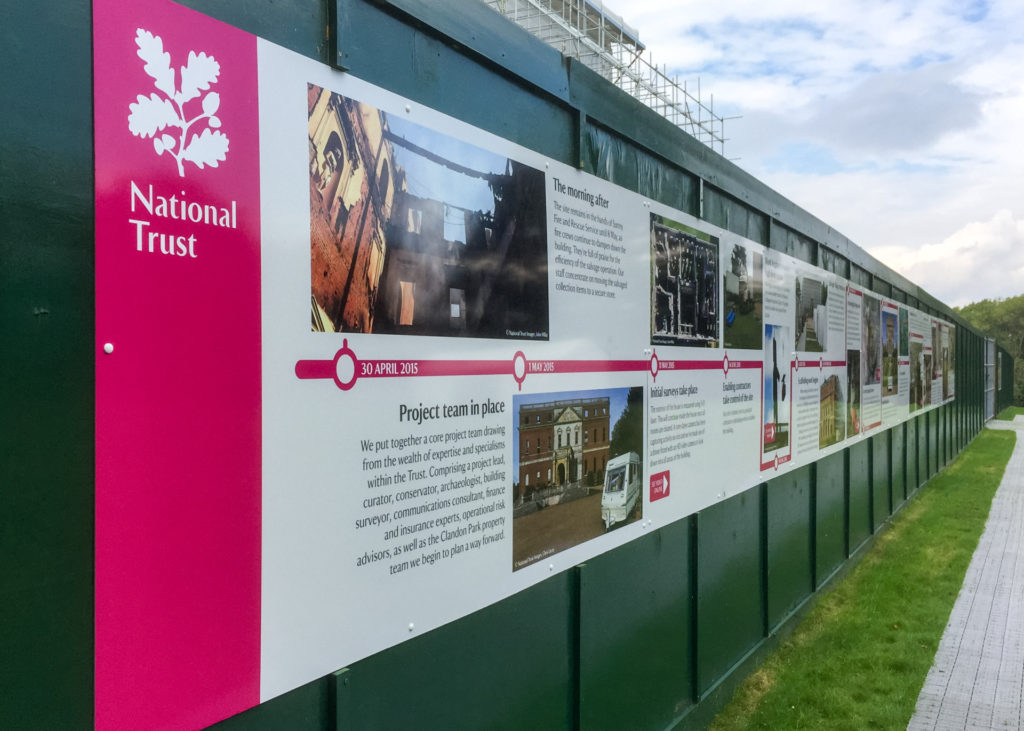 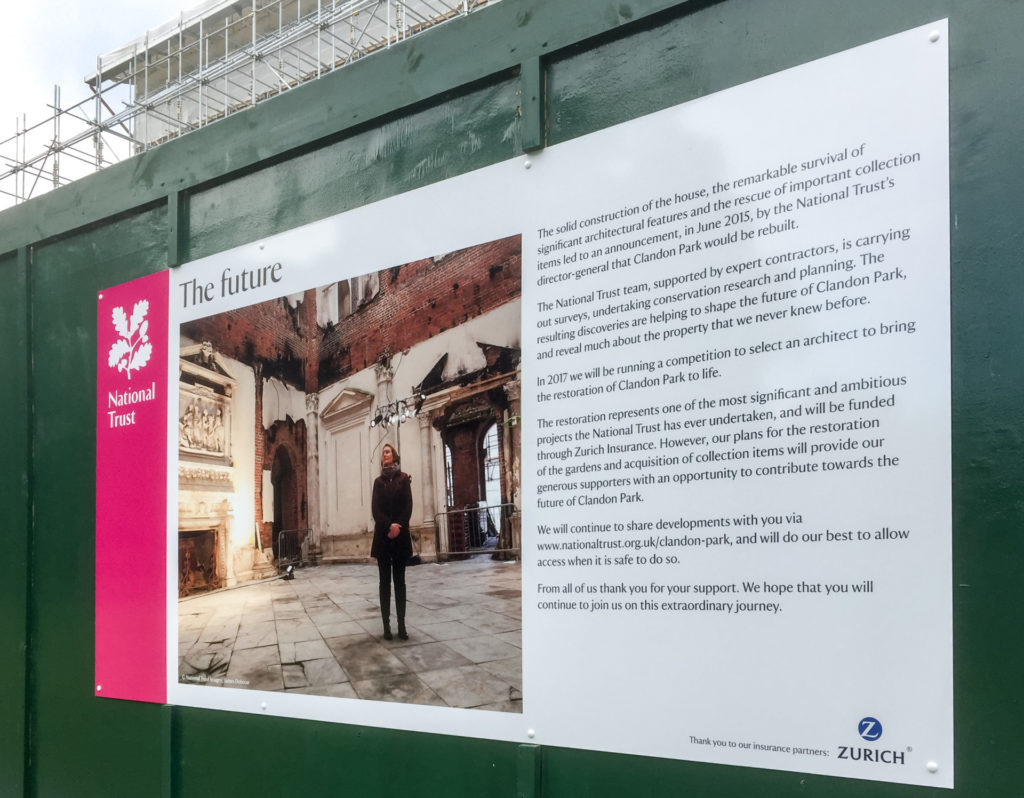 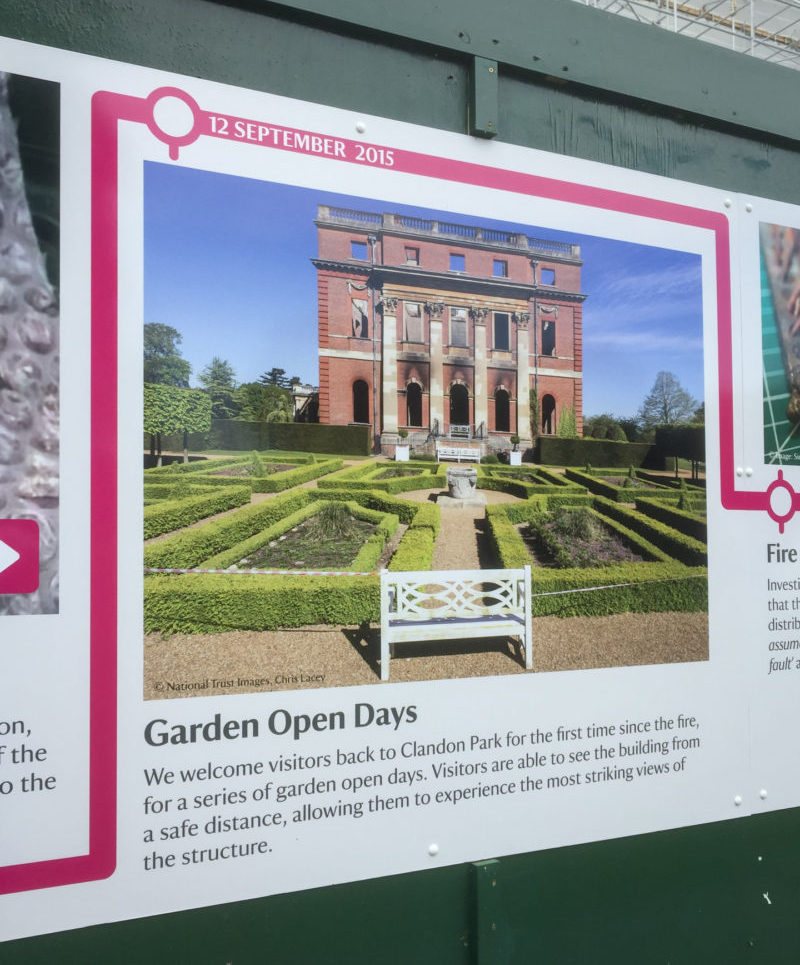 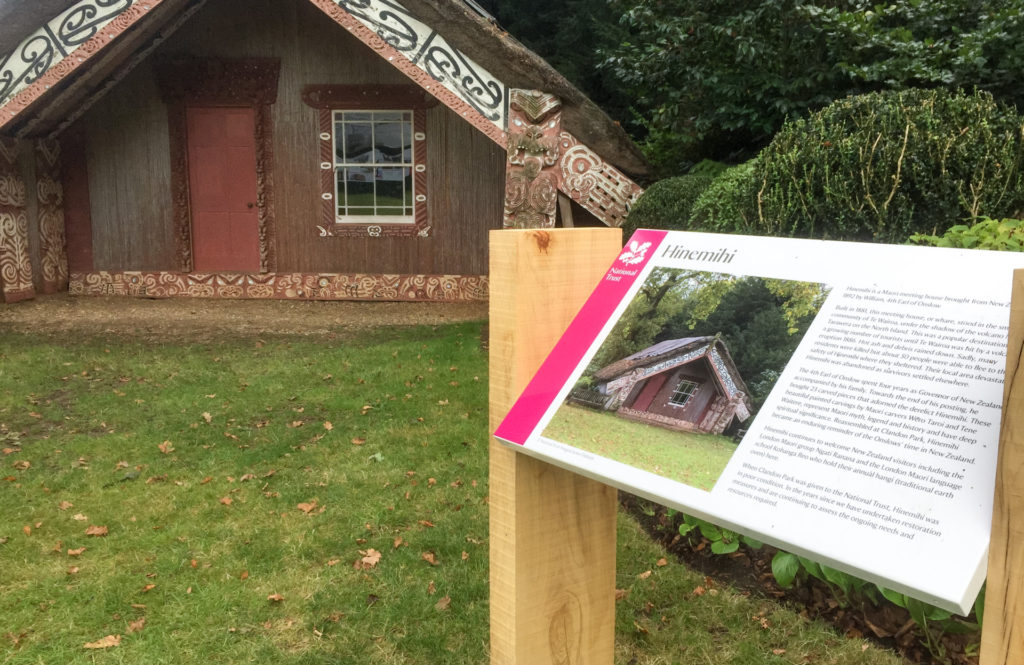